You can see the presentation and transcript from that first ever public lecture on our work on the wiki. The presentation is still quite relevant – it introduced the Open Source Technology Pattern Language. We will evolve and revisit the Pattern Language in my new book, to be published this or next year. I am aiming to write book every decade on OSE progress. In the 2008 description, we started with 40 technologies, and increased to 50 at the end of 2010. So for my TED Talk of 2011 (there will be another), which at present stands at 1.53M hits, the official count stood at 50 machines. By the way, the GVCS TED Talk is still in the top 10 all time TED Fellows’ Talks. The other major change in the Set was the injection of the House as one of the 50 machines – as a house is a living machine. The house is crucial as it is the single largest line item in one’s Cost of Living – for which reason we started the Open Building Institute in 2016. At this point in 2018, we are more or less 33% done with the Global Village Construction Set: 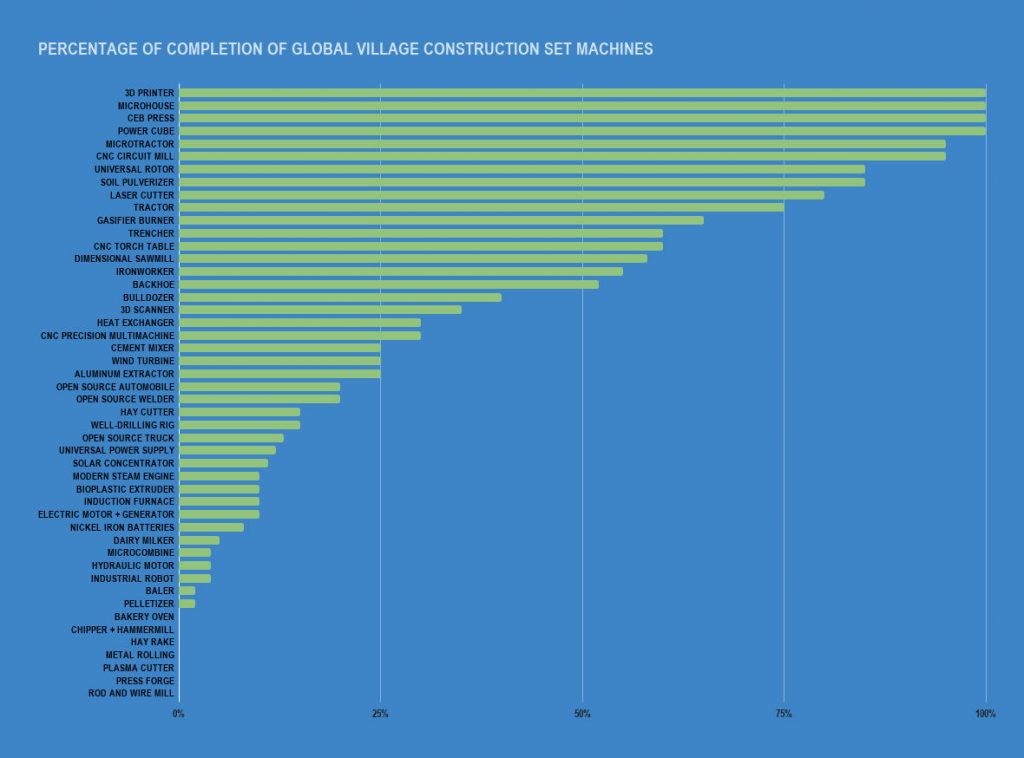 I think progress will accelerate as we start the Immersion Training Program in 2018 to grow our team, begin running incentive challenges for crowd development, and as we regroup and reorganize with increased clarity after my book is published. We really learned a lot about the transition from project to product, or vision and execution – so it’s time to get serious.

The post Celebrating a Decade of the Global Village Construction Set in 2018 appeared first on Open Source Ecology.