Brian Carrigan found the remains of a $500 supermarket barcode scanner at a Scrap Exchange for $6.25, and decided to put it to use as a shopping list builder for his pantry. 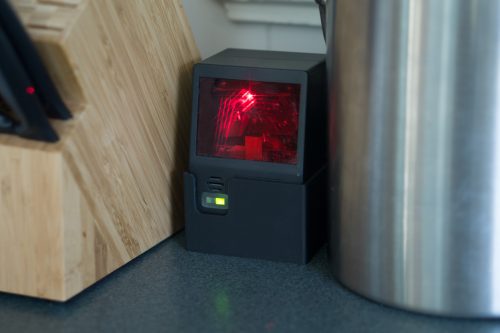 Brian wasn’t planning to build the Wunderscan. But when he stumbled upon the remains of a $500 Cubit barcode scanner at his local reuse center, his inner maker took hold of the situation.

It had been ripped from its connectors and had unlabeled wires hanging from it; a bit of hardware gore if such a thing exists. It was labeled on sale for $6.25, and a quick search revealed that it originally retailed at over $500… I figured I would try to reverse engineer it, and if all else fails, scrap it for the laser and motor.

Brian decided that the scanner, once refurbished with a Raspberry Pi Zero W and new wiring, would make a great addition to his home pantry as a shopping list builder using Wunderlist. “I thought a great use of this would be to keep near our pantry so that when we are out of a spice or snack, we could just scan the item and it would get posted to our shopping list.”

The datasheet for the Cubit scanner was available online, and Brian was able to discover the missing pieces required to bring the unit back to working order. 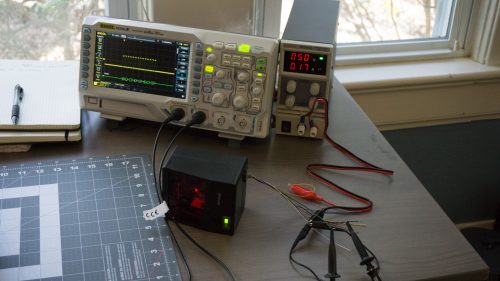 However, no wiring diagram was provided with the datasheet, so he was forced to figure out the power connections and signal output for himself using a bit of luck and an oscilloscope.

Now that the part was powered and working, all that was left was finding the RS232 transmit line. I used my oscilloscope to do this part and found it by scanning items and looking for the signal. It was not long before this wire was found and I was able to receive UPC codes.

When the scanner reads a barcode, it sends the ASCII representation of a UPC code to the attached Raspberry Pi Zero W. Brian used the free UPC Database to convert each code to the name of the corresponding grocery item. Next, he needed to add it to the Wunderlist shopping list that his wife uses for grocery shopping. 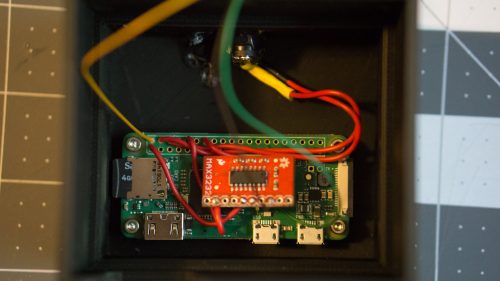 Wunderlist provides an API token so users can incorporate list-making into their projects. With a little extra coding, Brian was able to convert the scanning of a pantry item’s barcode into a new addition to the family shopping list.

Curious as to how it all came together? You can find information on the project, including code and hardware configurations, on Brian’s blog. If you’ve built something similar, we’d love to see it in the comments below.