Like many engineers, I have folder upon folder of half-completed projects on my computer. But the funny thing is that this wasn’t a problem for me as a child. Every other Friday evening, I’d spend two hours at Ilkley Computer Club, where I could show off whatever I’d been working on: nothing motivates you to actually finish a project like the opportunity to share it with an audience. 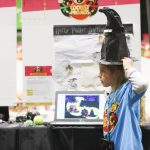 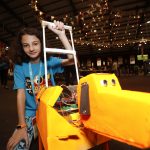 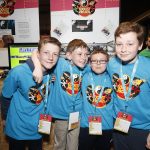 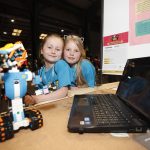 Raspberry Jams, Code Clubs, and CoderDojos all provide children (of all ages: we’re looking at you, Peter Onion) with a place where they can learn, share ideas, and make cool stuff with code and computers. But you can get so involved with the things you’re working on that you forget to take a step back every once in a while to look at what you’ve accomplished. And what do you do when you’ve shown your project to everyone you know, and you fancy a shot at a slightly larger audience?

Enter Coolest Projects International, now in its seventh year. Here’s a video that captures about 1% of the awesomeness of being there in person.

Coolest Projects is a world-leading showcase that empowers and inspires the next generation of digital creators, innovators, changemakers, and entrepreneurs. This year, for the first time, we brought Coolest Projects to the UK for a spectacular regional event in London!

Coolest Projects brings Ninjas from CoderDojos across the globe together in Dublin for a chance to share their work with the world, and to compete to be coolest in one of several categories:

At this year’s event, more than 1000 children presented projects, from 15 countries including Argentina, Bulgaria, Italy, Japan, Romania, and Spain.

And for the first time, Coolest Projects was open to Raspberry Jam and Code Club members, and to the broader Raspberry Pi community.

Liz, our daughter Aphra, and I spent the day at the event, along with the CoderDojo team, what felt like half the Raspberry Pi Foundation, keynote speaker Pete Lomas, and the most amazing army of volunteers. Between chugging slushies, I had the opportunity to judge hardware projects with Noel King, CoderDojo volunteer and co-founder of Coolest Projects. Noel provided the judges with a pep talk at the start of the day. He reminded us that the aim wasn’t necessarily to find the most complete, or polished, or technically audacious project, but to seek out creativity: the project that does something unique, or does something you’ve seen before but in a unique way. 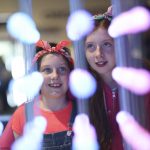 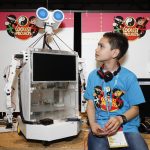 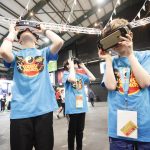 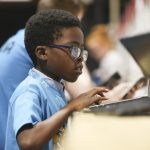 To my mind, the focus on creativity is what sets Coolest Projects apart. This is, after all, a contest that aims to “empower and inspire the next generation of digital creators, innovators, changemakers, and entrepreneurs”, and that recognises that each of those activities is, at heart, a creative pursuit. 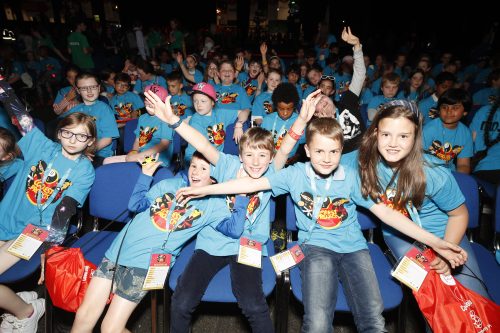 Unsurprisingly, given the strength of the field, judging went on for some time. Each category’s winner and runner-up were exceptional, and there were countless other projects that didn’t quite make the cut but that I’d be proud to have made myself. Where were these folks when I was a teenager?

You can see the winners and runners up in each category on the Coolest Projects Twitter feed, and you should also check out the winners of the six special prizes. One that especially struck me was Selin Alara Ornek’s project, iC4U, a robot guide dog that she developed at her local CoderDojo in Turkey.

Coolest Projects is a world-leading showcase that empowers and inspires the next generation of digital creators, innovators, changemakers, and entrepreneurs. This year, for the first time, we brought Coolest Projects to the UK for a spectacular regional event in London!

In September we’ll be holding the inaugural Coolest Projects North America at the Discovery Cube in Orange County.

Coolest Projects began as a volunteer-run event, and we’re immensely privileged to have this wonderful showcase for our community. We are enormously grateful to all the staff and volunteers who continue to give huge amounts of their time, effort, and talent every year to make it the wonderful event that it is. Thank you, all of you.

Events like these give me hope that the future of our industry will be every bit as exciting, and vastly more diverse, than our past and present. If you have a chance to participate in one of them, I think you’ll come away feeling the same.