Rejoice! It’s time for a new issue of Hackspace magazine, packed with things for you to make, build, hack, and create! 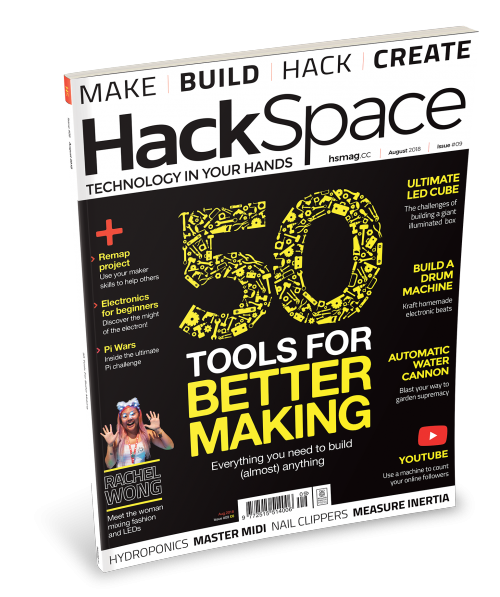 Tools: they’re what separates humans from the apes! Whereas apes use whatever they find around them to get honey, pick pawpaws, and avoid prickly pears, we humans take the step of making things with which to make other things. That’s why in this issue of HackSpace magazine, we look at 50 essential tools to make you better at making (and by extension better at being a human). Take a look, decide which ones you need, and imagine the projects that will be possible with your shiny new stuff.

In issue 9, we feature Konichiwakitty, known as Rachel Wong to her friends, who is taking the maker world by storm with her range of electronic wearables. 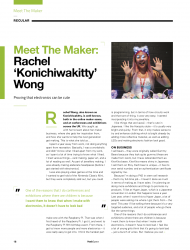 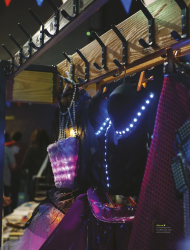 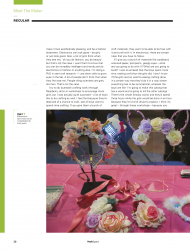 Alongside making wearables and researching stem cells, she also advocates for getting young people into crafting, including making their own wearables!

Remap is a fantastic organisation. It’s comprised of volunteer makers and builders who use their skills to adapt the world and build tech to help people with disabilities. Everyone in the maker community can do amazing stuff, and it’s wonderful that so many of you offer your time and skills for free to benefit people in need.

The band Echo and the Bunnymen famously credited a drum machine as a band member, and with our tutorial, you too can build your own rhythm section using a Teensy microcontroller, a breadboard, and a few buttons. 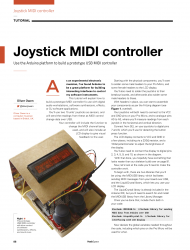 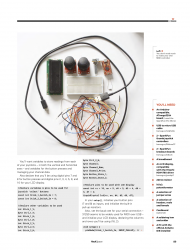 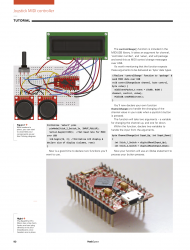 And if that’s not enough electro beats for you, we’ve also got a guide to generating MIDI inputs with a joystick — because keyboards and frets are so passé.

Having shiny new stuff on its own isn’t enough to spur most people to action. No, they need a reason to make, for example total mechanical dominance over their competitors. Offering an arena for such contests is the continuing mission of Tim Richardson, who along with Mike Horne created Pi Wars. 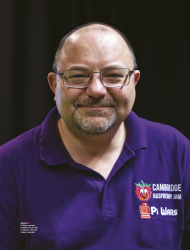 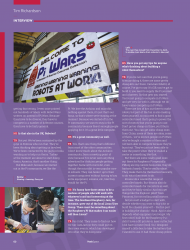 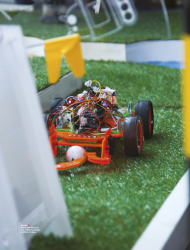 In its five-ish years, Pi Wars has become one of the biggest events on the UK maker calendar, with an inspired mix of robots, making, programming, and healthy competition. We caught up with Tim to find out how to make a maker event, what’s next for Pi Wars, and how to build a robot to beat the best.

Do you ever lie awake at night wondering how many strangers on the internet like you? If so (or if you have a business with a social media presence, which seems more likely), you might be interested in our tutorial for a social media follower counter. 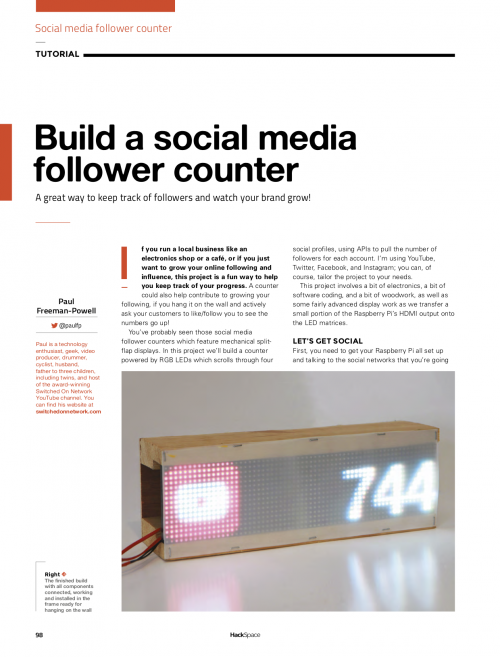 This build takes raw numbers from the internet’s shouting forums and turns them into physical validation, so you can watch your follower count increase in real time as you shout into the void about whether Football’s Coming Home.

In this issue, you can also:

All this, plus a bunch of reviews and many, many more projects to dig into, in Hackspace magazine issue 9.

Get your copy of HackSpace magazine

If you like the sound of this month’s content, you can find HackSpace magazine in WHSmith, Tesco, Sainsbury’s, and independent newsagents in the UK. If you live in the US, check out your local Barnes & Noble, Fry’s, or Micro Center next week. We’re also shipping to stores in Australia, Hong Kong, Canada, Singapore, Belgium, and Brazil, so be sure to ask your local newsagent whether they’ll be getting HackSpace magazine. And if you’d rather try before you buy, you can always download the free PDF.

“Subscribe now” may not be subtle as a marketing message, but we really think you should. You’ll get the magazine early, plus a lovely physical paper copy, which has really good battery life. 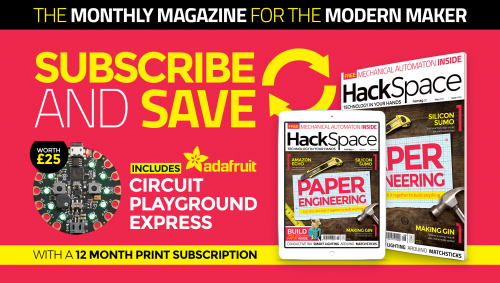 Oh, and 12-month print subscribers get an Adafruit Circuit Playground Express loaded with inputs and sensors and ready for your next project.