Last year, Code Club Australia set a new world record during their Moonhack event for the most young people coding within 24 hours. This year, they’re hoping to get 50000 kids involved — here’s how you can take part in this interstellar record attempt!

Nearly 50 years ago, humankind took one giant leap and landed on the moon for the first time. The endeavour involved an incredible amount of technological innovation that, amongst other things, helped set the stage for modern coding. 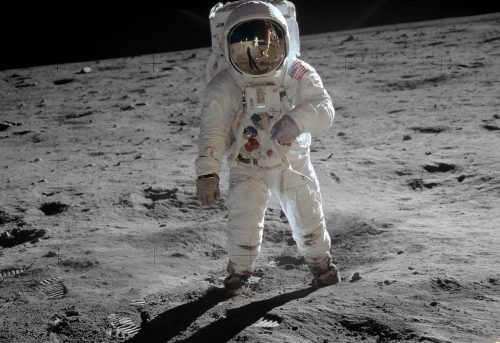 To celebrate this amazing feat, Code Club Australia are hosting Moonhack, an annual world record attempt to get as many young people as possible coding space-themed projects over 24 hours. This year, Moonhack is even bigger and better, and we want you to take part!

The first Moonhack took place in 2016 in Sydney, Australia, and has since spread across the globe. More than 28000 young people from 56 countries took part last year, from Syria to South Korea and Croatia to Guatemala.

This year, the aim is to break that world record with 50000 young people — the equivalent of the population of a small town — coding over 24 hours! 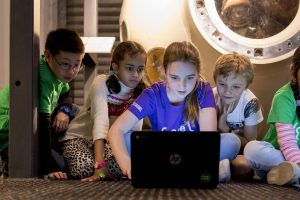 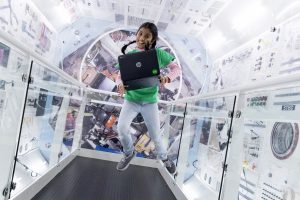 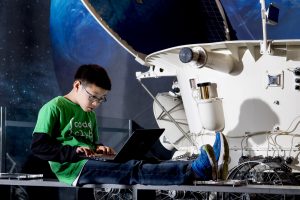 Taking part in Moonhack is super simple: code a space-themed project and submit it on 20 July, the anniversary of the moon landing. Young people from 8 to 18 can take part, and Moonhack is open to everyone, wherever you are in the world.

The event is perfect for Code Clubs, CoderDojos, and Raspberry Jams looking for a new challenge, but you can also take part at home with your family. Or, if you have access to a great venue, you could also host a Moonhackathon event and invite young people from your community to get involved — the Moonhack team is offering online resources to help you do this.

On the Moonhack website, you’ll find four simple, astro-themed projects to choose from, one each for Scratch, Python, micro:bit, and Gamefroot. If your young coders are feeling adventurous, they can also create their own space-themed projects: last year we saw some amazing creations, from a ‘dogs vs aliens’ game to lunar football!

For many young people, Moonhack falls in the last week of term, so it’s a perfect activity to celebrate the end of the academic year. If you’re in a part of the world that’s already on break from school, you can hold a Moonhack coding party, which is a great way to keep coding over the holidays!

To register to take part in Moonhack, head over to moonhack.com and fill in your details. If you’re interested in hosting a Moonhackathon, you can also download an information pack here.

The post Moonhack 2018: reaching for the stars! appeared first on Raspberry Pi.