Rumour has it that there’s a worldwide football tournament on, and that England, surprisingly, are doing quite well. In celebration, here are some soccer-themed Raspberry Pi projects for you to try out at home between (or during) matches.

Score as many goals as you can in 30 seconds with our code-it-yourself Beat the Goalie game for Scratch. You can access Scratch in any web browser, or offline with your Raspberry Pi. 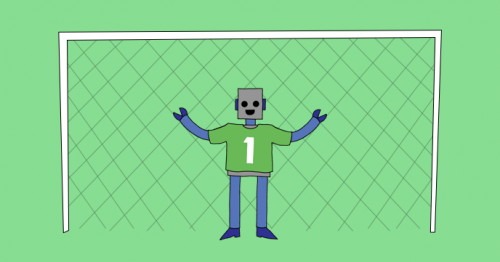 Start by coding a moving football in Scratch, and work through the project to build a game that tallies your successful attempts on goal within a time limit that you choose. Up the stakes by upgrading your game to include second-player control of the penguin goalie.

Once you’ve moved on from penalty practice, it’s time to recruit the whole team! 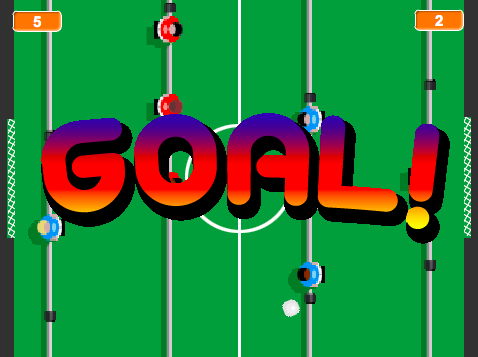 Our Table Football project – free, like all of our learning projects – comes with all the ingredients you need to recreate the classic game, including player sprites, graphics, and sounds.

Scratch is all well and good, but it’s time we had some real-life table football, with all the snazzy upgrades you can add using a Raspberry Pi.

Stefan Wehner’s build is fully documented, so you can learn how to add automatic goal detection, slow-motion instant replay, scorekeeping, tallying, and more.

Marty is a 3D-printable educational robot powered by a Raspberry Pi. With the capacity to add the Raspberry Pi camera module, Marty is a great tool for practising object tracking – in this case, ball tracking – for some football fun with robots!

In this video we start to program Marty The Robot to play football, using a camera and Raspberry Pi on board to detect the ball and the goal. With the camera, Marty can spot a ball, and detect a pattern next to the goal.

You can also check out Circuit Digest’s ball-tracking robot using a Raspberry Pi, and this ball tracking tutorial by amey_s on Instructables.

What did we miss?

Have you built a football-themed project using a Raspberry Pi? What projects did we miss in our roundup? Share them with us here in the comments, or on social media.