Not surprisingly, this all started when (perhaps jokingly) a clever colleague questioned, "Why don't you stack 'em up like a sub sandwich?" A merely mundane Monday morning quickly became a maniacal midnight mash-up for yours truly, mad scientist. A little planning and proving the power of this particular display was providential in the proceeding process.

Initially it was imperative to test the inconceivably incredible display's transparency. With only one unit working wonderfully well, nine more non-functioning displays were stacked on top, one by one. When at last the image at the bottom faded from view, the battle was won but the total number was ten. 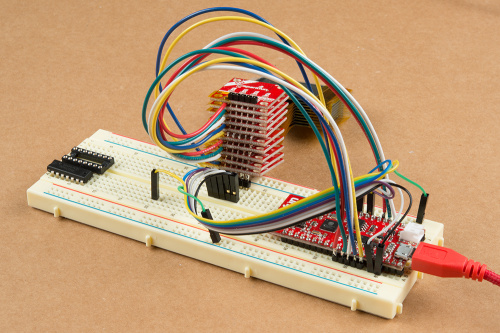 Another astonishing achievement that empowered this futuristic artifact was the super speed of the SPI bus. Said bus, in coordination with ten tiny chip select lines, was capable of continually captivating the consciousness of the (possibly concerned) crowd in a blistering burst of brilliance.

Nevertheless, such an exceedingly embryonic idea would be irrefutably evanescent could an elegant software solution not be embraced. Since we can spy furthest standing upon the shoulders of cyclops, I silently sought a singular font of pseudocode. Upon applying Bresengham's arcane craft to an additional dimension, one artful enigma appeared. 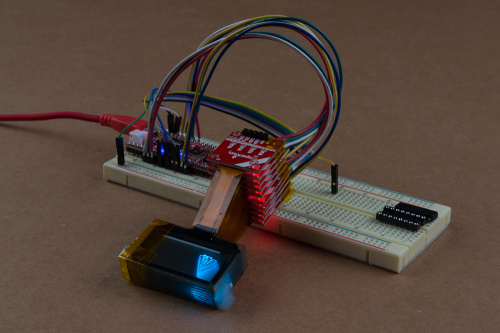 Moral of the Story

So what's the take away from this experience? Several things: