Weave through a randomly generated landscape in Mark Vanstone’s homage to the classic arcade game Scramble. 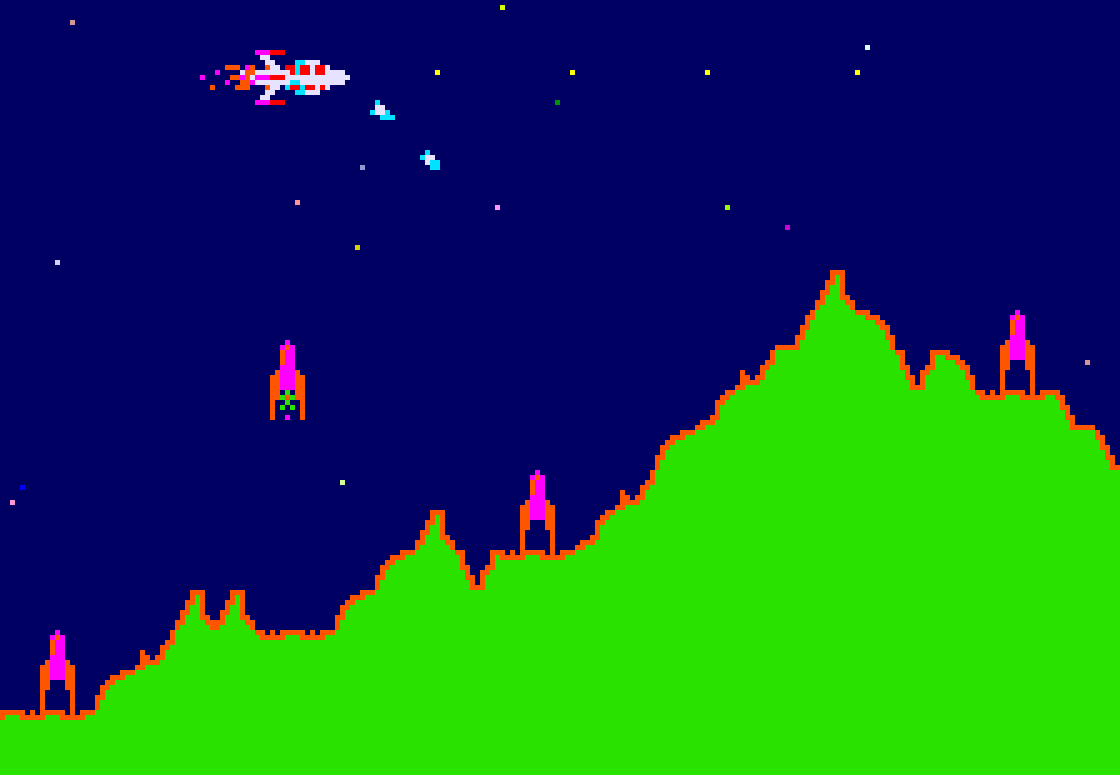 Scramble was developed by Konami and released in arcades in 1981. Players avoid terrain and blast enemy craft.

In the early eighties, arcades and sports halls rang with the sound of a multitude of video games. Because home computers hadn’t yet made it into most households, the only option for the avid video gamer was to go down to their local entertainment establishment and feed the machines with ten pence pieces (which were bigger then). One of these pocket money–hungry machines was Konami’s Scramble — released in 1981, it was one of the earliest side-scrolling shooters with multiple levels.

The Scramble player’s jet aircraft flies across a randomly generated landscape (which sometimes narrows to a cave system), avoiding obstacles and enemy planes, bombing targets on the ground, and trying not to crash. As the game continues, the difficulty increases. The player aircraft can only fly forward, so once a target has been passed, there’s no turning back for a second go.

Code your own scrolling landscape

In this example code, I’ll show you a way to generate a Scramble-style scrolling landscape using Pygame Zero and a couple of additional Pygame functions. On early computers, moving a lot of data around the screen was very slow — until dedicated video hardware like the blitter chip arrived. Scrolling, however, could be achieved either by a quick shuffle of bytes to the left or right in the video memory, or in some cases, by changing the start address of the video memory, which was even quicker. 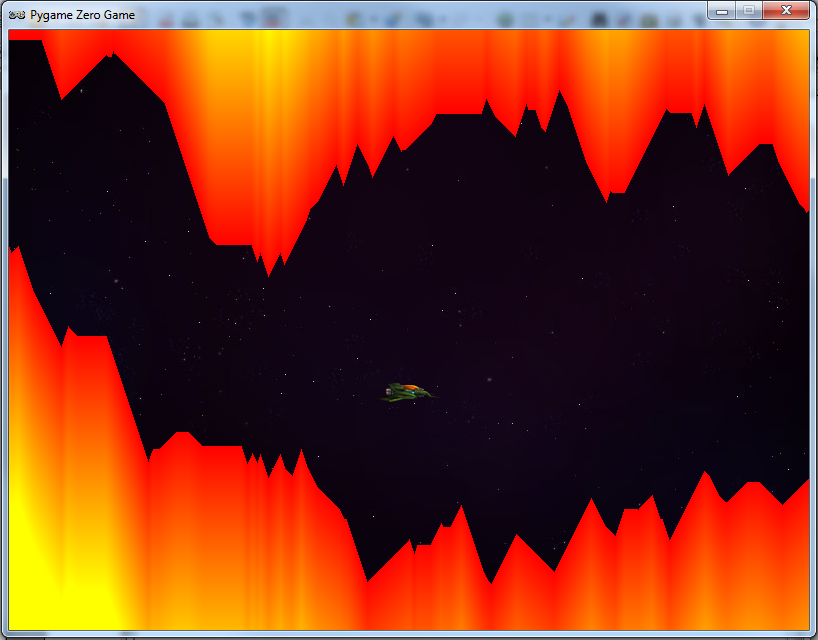 Avoid the roof and the floor with the arrow keys. Jet graphic courtesy of TheSource4Life at opengameart.org.

For our scrolling, we can use a Pygame surface the same size as the screen. To get the scrolling effect, we just call the scroll() function on the surface to shift everything left by one pixel and then draw a new pixel-wide slice of the terrain. The terrain could just be a single colour, but I’ve included a bit of maths-based RGB tinkering to make it more colourful. We can draw our terrain surface over a background image, as the SRCALPHA flag is set when we create the surface. This is also useful for detecting if the jet has hit the terrain. We can test the pixel from the surface in front of the jet: if it’s not transparent, kaboom!

The jet itself is a Pygame Zero Actor and can be moved up and down with the arrow keys. The left and right arrows increase and decrease the speed. We generate the landscape in the updateLand() and drawLand() functions, where updateLand() first decides whether the landscape is inclining or declining (and the same with the roof), making sure that the roof and floor don’t get too close, and then it scrolls everything left. 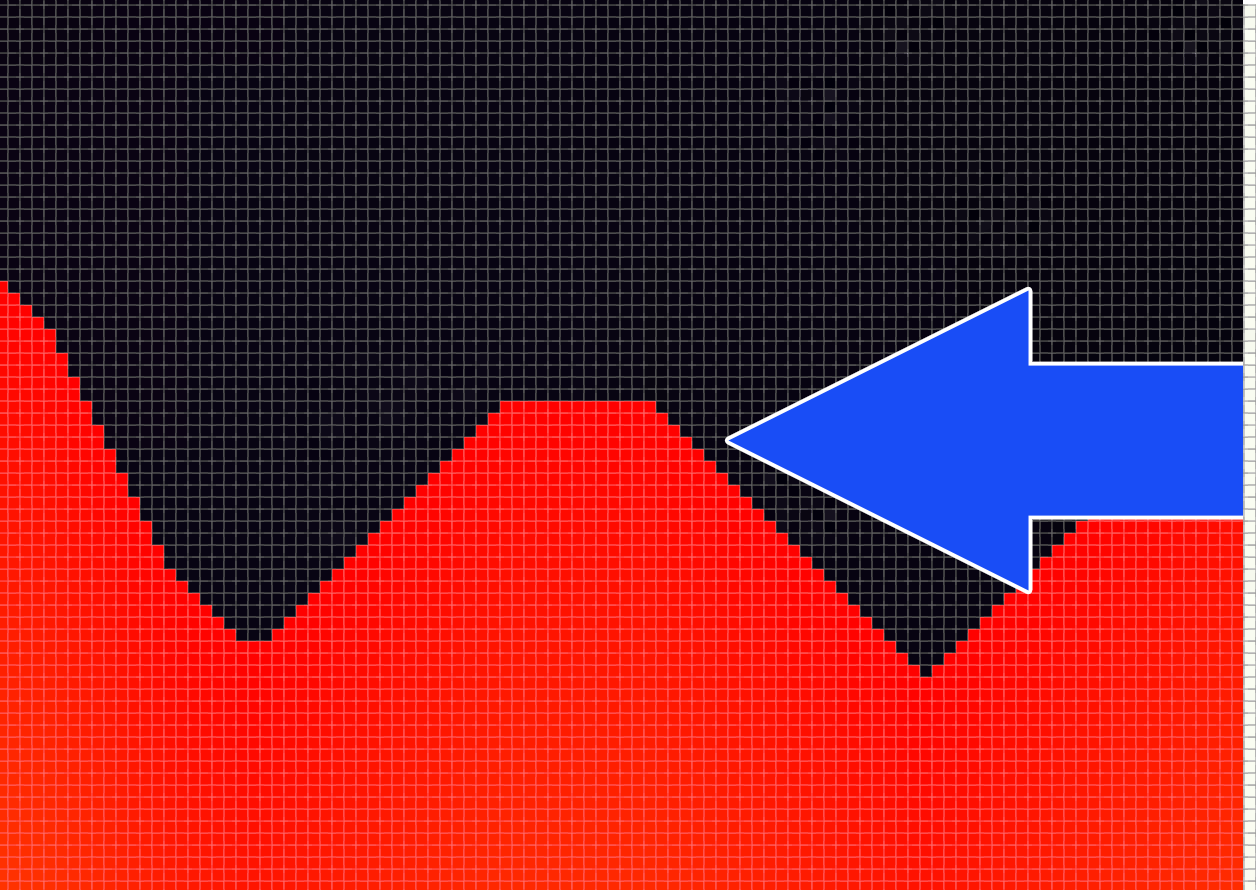 Each scroll action moves everything on the terrain surface to the left by one pixel.

The drawLand() function then draws pixels at the right-hand edge of the surface from y coordinates 0 to 600, drawing a thin sliver of roof, open space, and floor. The speed of the jet determines how many times the landscape is updated in each draw cycle, so at faster speeds, many lines of pixels are added to the right-hand side before the display updates.

The use of randint() can be changed to create a more or less jagged landscape, and the gap between roof and floor could also be adjusted for more difficulty. The original game also had enemy aircraft, which you could make with Actors, and fuel tanks on the ground, which could be created on the right-hand side as the terrain comes into view and then moved as the surface scrolls. Scramble sparked a wave of horizontal shooters, from both Konami and rival companies; this short piece of code could give you the basis for making a decent Scramble clone of your own: 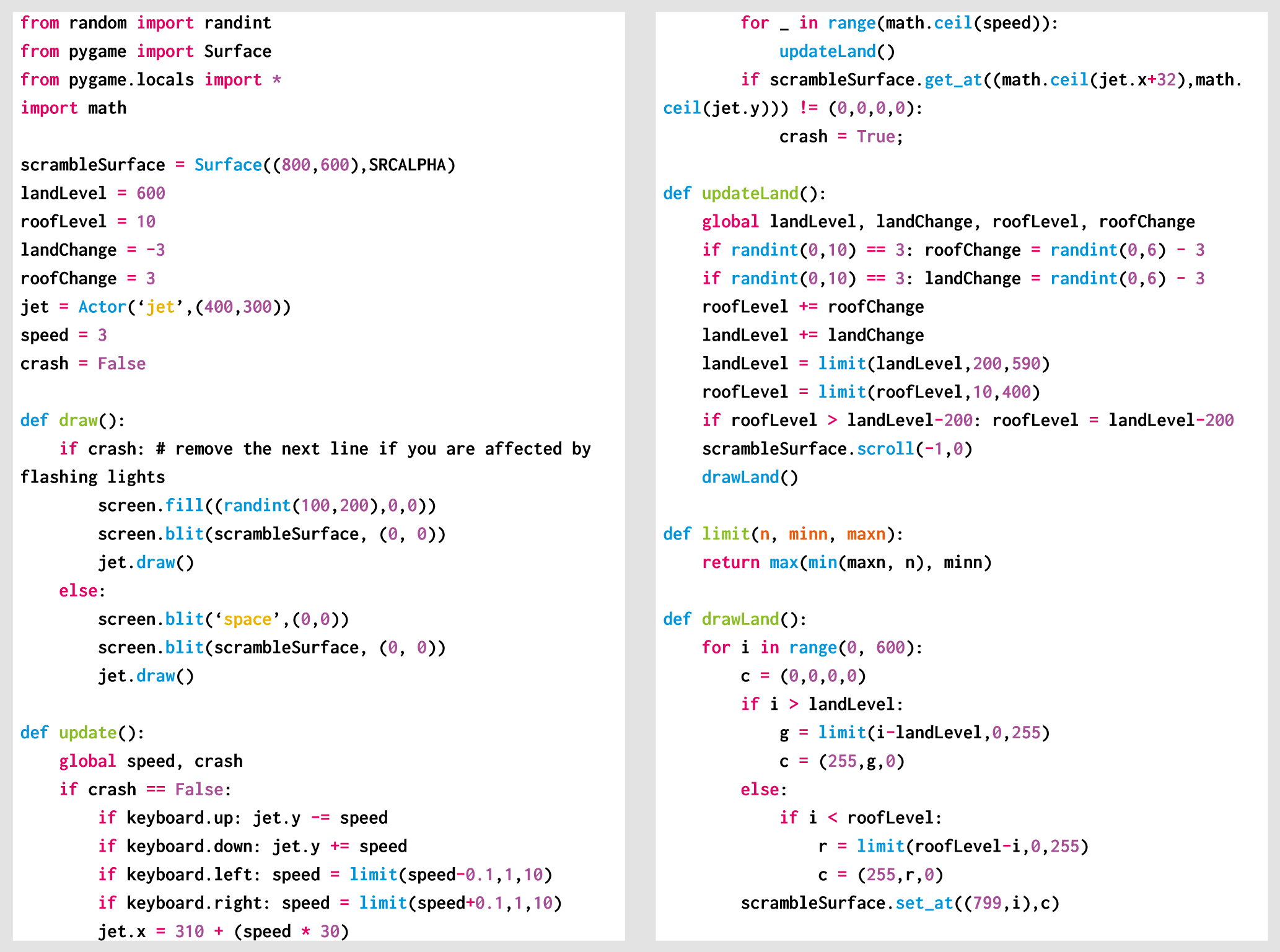 Here’s Mark’s code, which gets a Scramble-style scrolling landscape running in Python. To get it working on your system, you’ll first need to install Pygame Zero. And to download the full code, go here.

Get your copy of Wireframe issue 22

You can read more features like this one in Wireframe issue 22, available now at Tesco, WHSmith, and all good independent UK newsagents, and the Raspberry Pi Store, Cambridge.

Or you can buy Wireframe directly from Raspberry Pi Press — delivery is available worldwide. And if you’d like a handy digital version of the magazine, you can also download issue 22 for free in PDF format. 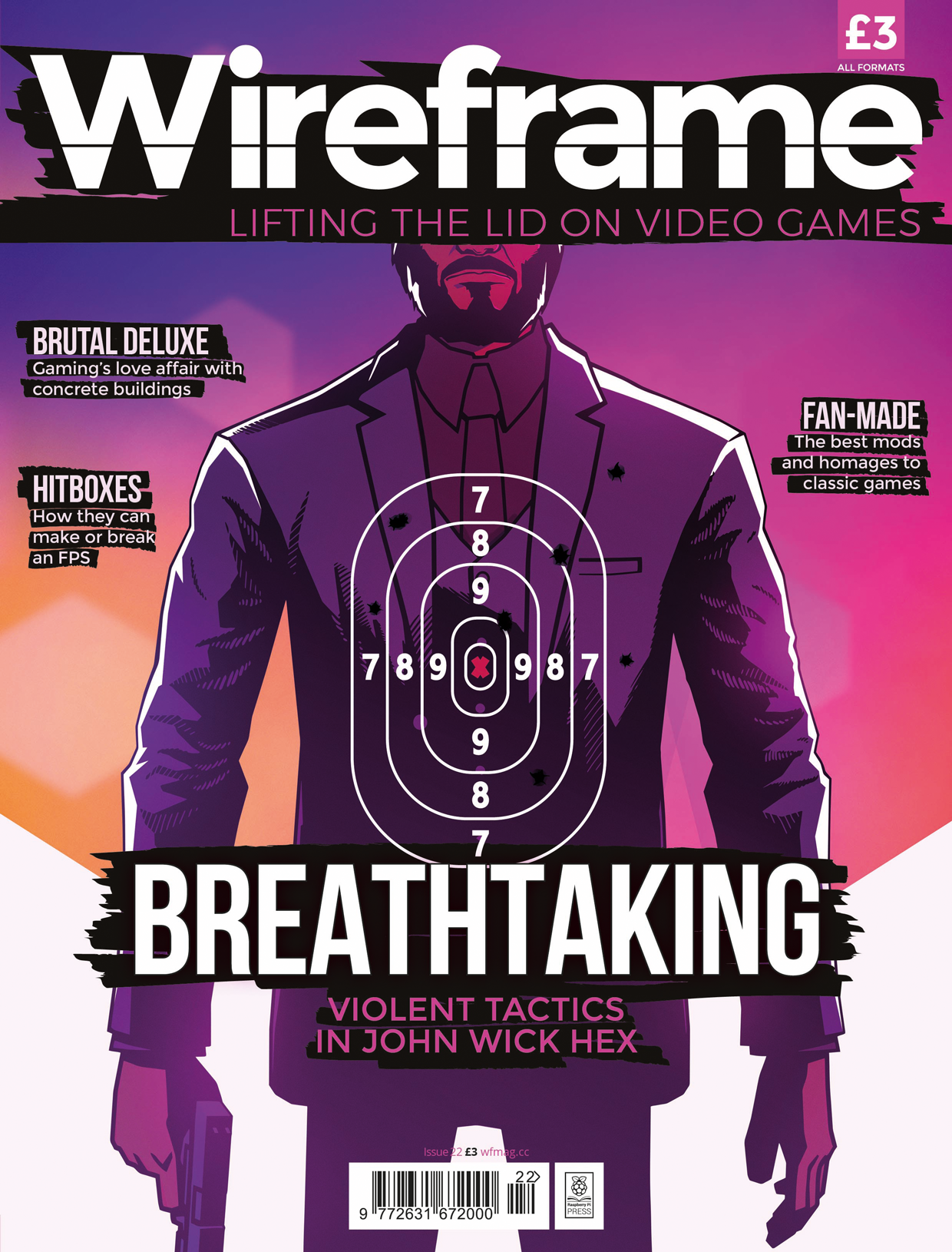