It was one of gaming’s first boss battles. Mark Vanstone shows you how to recreate the mothership from the 1980 arcade game, Phoenix. 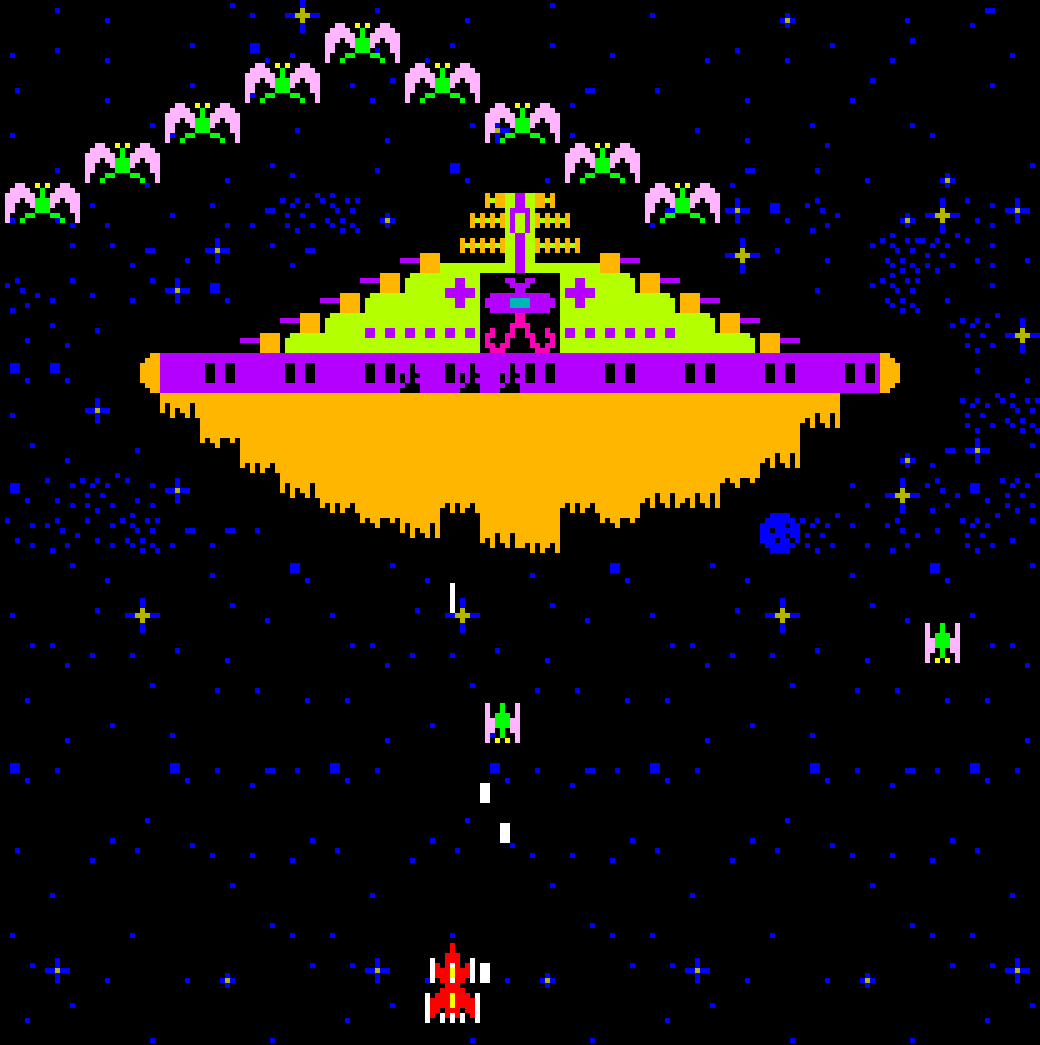 First released in 1980, Phoenix was something of an arcade pioneer. The game was the kind of post-Space Invaders fixed-screen shooter that was ubiquitous at the time: players moved their ship from side to side, shooting at a variety of alien birds of different sizes and attack patterns. The enemies moved swiftly, and the player’s only defence was a temporary shield which could be activated when the birds swooped and strafed the lone defender. But besides all that, Phoenix had a few new ideas of its own: not only did it offer five distinct stages, but it also featured one of the earliest examples of a boss battle – its heavily armoured alien mothership, which required accurate shots to its shields before its weak spot could be exposed.

To recreate Phoenix’s boss, all we need is Pygame Zero. We can get a portrait style window with the WIDTH and HEIGHT variables and throw in some parallax stars (an improvement on the original’s static backdrop) with some blitting in the draw() function. The parallax effect is created by having a static background of stars with a second (repeated) layer of stars moving down the screen.

The mothership itself is made up of several Actor objects which move together down the screen towards the player’s spacecraft, which can be moved right and left using the mouse. There’s the main body of the mothership, in the centre is the alien that we want to shoot, and then we have two sets of moving shields. 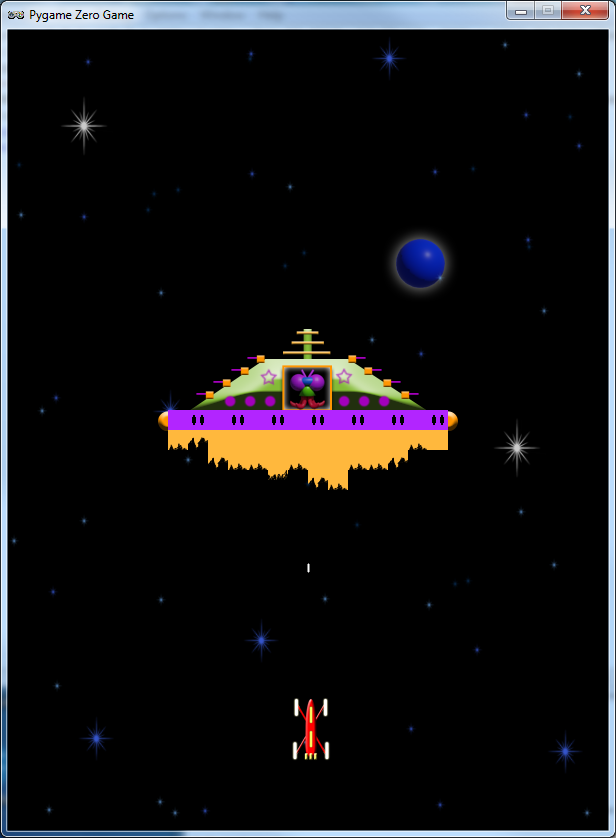 Like the original Phoenix, our mothership boss battle has multiple shields that need to be taken out to expose the alien at the core.

In this example, rather than have all the graphics dimensions in multiples of eight (as we always did in the old days), we will make all our shield blocks 20 by 20 pixels, because computers simply don’t need to work in multiples of eight any more. The first set of shields is the purple rotating bar around the middle of the ship. This is made up of 14 Actor blocks which shift one place to the right each time they move. Every other block has a couple of portal windows which makes the rotation obvious, and when a block moves off the right-hand side, it is placed on the far left of the bar.

The second set of shields are in three yellow rows (you may want to add more), the first with 14 blocks, the second with ten blocks, and the last with four. These shield blocks are fixed in place but share a behaviour with the purple bar shields, in that when they are hit by a bullet, they change to a damaged version. There are four levels of damage before they are destroyed and the bullets can pass through. When enough shields have been destroyed for a bullet to reach the alien, the mothership is destroyed (in this version, the alien flashes).

Bullets can be fired by clicking the mouse button. Again, the original game had alien birds flying around the mothership and dive-bombing the player, making it harder to get a good shot in, but this is something you could try adding to the code yourself.

To really bring home that eighties Phoenix arcade experience, you could also add in some atmospheric shooting effects and, to round the whole thing off, have an 8-bit rendition of Beethoven’s Für Elise playing in the background. 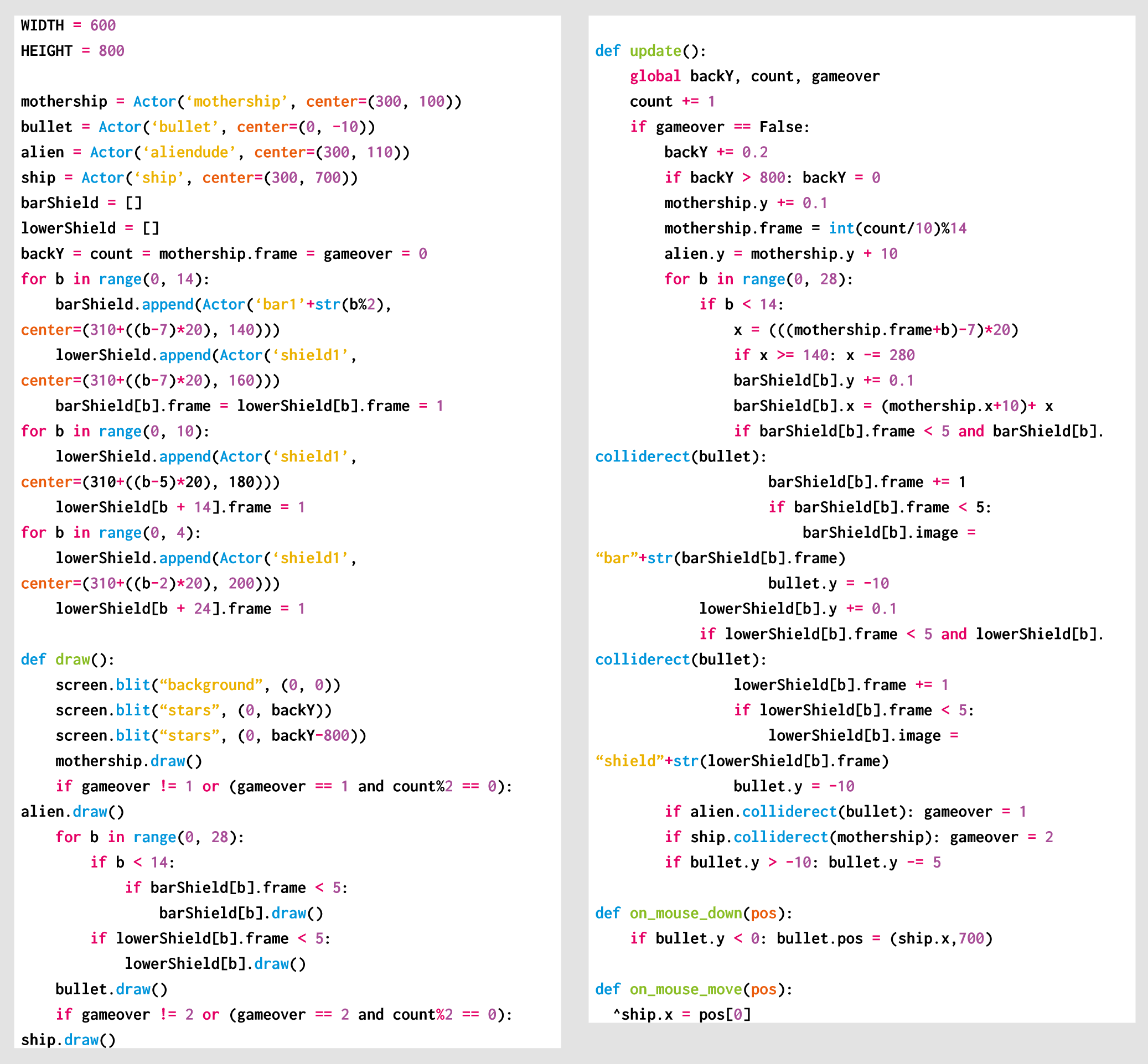 Here’s Mark’s code, which gets a simple mothership battle running in Python. To get it working on your system, you’ll first need to install Pygame Zero. And to download the full code, go here.

Get your copy of Wireframe issue 26

You can read more features like this one in Wireframe issue 26, available now at Tesco, WHSmith, all good independent UK newsagents, and the Raspberry Pi Store, Cambridge.

Or you can buy Wireframe directly from Raspberry Pi Press — delivery is available worldwide. And if you’d like a handy digital version of the magazine, you can also download issue 26 for free in PDF format. 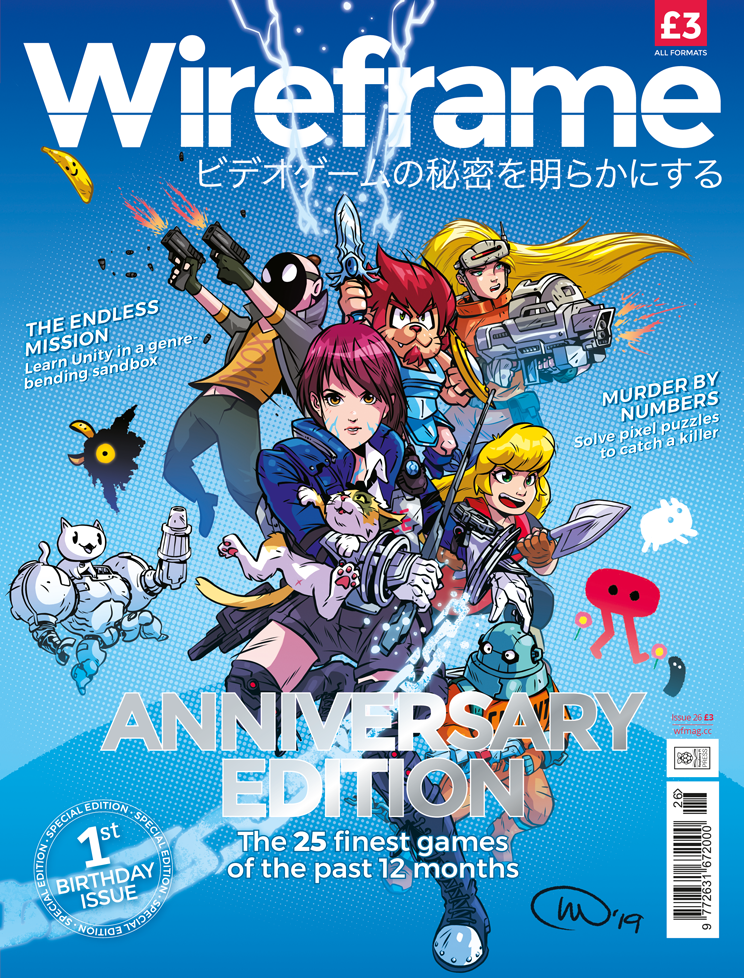