Raspberry Pi has been on a roll these last few months and they aren't stopping now! SparkFun is proud to co-announce and introduce you to the Raspberry Pi Pico and the RP2040 processor! This marks the first time the Raspberry Pi Foundation has produced a microcontroller over a microcomputer, and although they vary greatly, both have been produced with the same level of care and consideration as any other Raspberry Pi board. So what exactly is being announced and released today? Let's take a look! 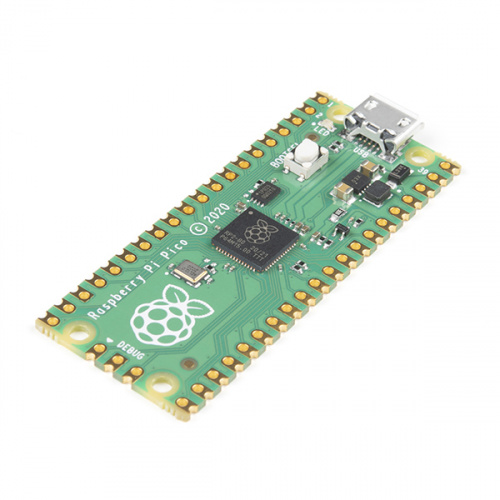 The Raspberry Pi Pico is a low-cost, high-performance microcontroller board with flexible digital interfaces featuring the ne…

The Raspberry Pi Pico is a low-cost, high-performance microcontroller board with flexible digital interfaces. It features the RP2040 - Raspberry Pi's first microcontroller designed in-house. Pico provides minimal (yet flexible) external circuitry to support the RP2040 chip (Flash, crystal, power supplies and decoupling and USB connector). The majority of the RP2040 microcontroller pins are brought to the user IO pins on the left and right edges of the board. Four RP2040 IO are used for internal functions - driving an LED, on-board Switched Mode Power Supply (SMPS) power control and sensing the system voltages.

At the center of the Pico is Raspberry Pi's new RP2040 IC. The RP2040 is supported with both C/C++ and MicroPython cross-platform development environments, and easy access to runtime debugging lacking in other microcontrollers. It has been built with serious attention to detail, with UF2 boot and float-point routines baked into the chip. As a result it is easy to use, with in-built USB that can act as both device and host, and dual symmetric cores. It is capable, with high internal bandwidth, useful for signal processing and video. It is deterministic, but retains flexibility. This feeds into performance, especially for real-time work. The chip has a relatively large amount of internal RAM available, but uses external flash for flexibility, allowing you to choose how much memory you need for your product.

That's not nearly all, though, because Raspberry Pi has also enabled all of their contributors, including SparkFun, to create their own development boards that utilize the RP2040 processor. With that knowledge, we are happy to also announce today three new SparkFun Original boards with the RP2040 at their hearts.

The SparkFun Pro Micro RP2040 is a low-cost, high performance board with flexible digital interfaces featuring the Raspberry …

The SparkFun MicroMod Pi RP2040 Processor Board is a low-cost, high-performance board with flexible digital interfaces featur…

The SparkFun Thing Plus - RP2040 is a low-cost, high performance board with flexible digital interfaces featuring the Raspber…

We are happy to bring you three unique form factors: Pro Micro, MicroMod, and Feather-compatible Thing Plus - all equipped with the RP2040. With its 3.3 V tolerance, the RP2040 makes a perfect fit with the Qwiic Connect System, which is why we made sure to include them on both our Pro Micro and Thing Plus versions. Of course, you will also be able to utilize the 100+ Qwiic ecosystem boards with the MicroMod RP2040 as well - you'll just have to decide which Carrier Board you need for your project! 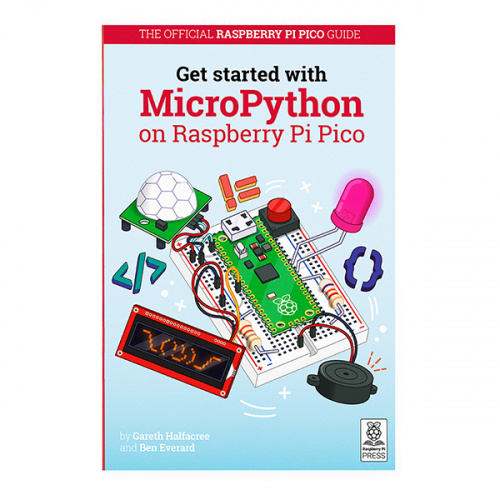 Get Started with MicroPython on Raspberry Pi Pico

We are beyond excited to get our hands on the new Raspberry Pi Pico and create new projects, but what do you want to use it for? Are you excited to try making something new with Raspberry Pi's first microcontroller? Let us know in the comments below and we'll talk with you again tomorrow with more information on the SparkFun Original RP2040 boards!