About a year and a half back, Samata asked me to get a gas lighter, so I headed over to the Bezo’s Barn to look up the options available. The “arc lighters” caught my attention for the several advantages they had over piezo and butane gas lighters.

The feature list, despite all the quirky language and typos, looked impressive. 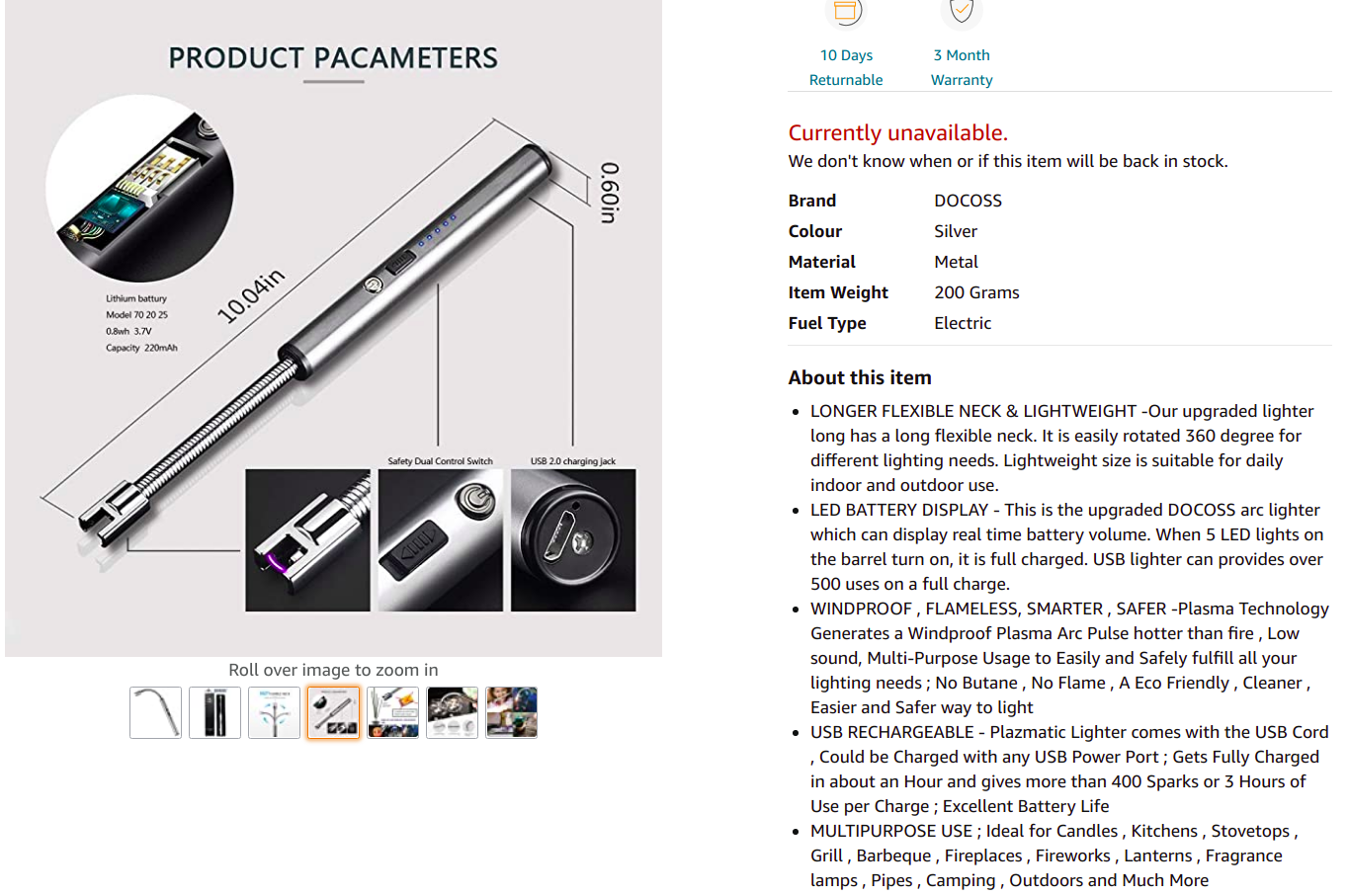 Unfortunately, it’s not the epitome of “high quality” and gave up the ghost 18 months later. I tried replacing the old LiPo battery with a fresh one I had lying around, but that didn’t fix it. I wan’t in much of a mood to dig deeper to fix it, since the component numbers had been rubbed off, but I did take some teardown pictures for posterity.

Circuit wise, there’s not much to it. Some battery management parts to charge the single, 220mA LiPo from a micro-USB socket. An oscillator which drives a step up transformer via a MOSFET. The transformer has just two primary and two secondary terminals, so there’s no feedback.