The wide adoption of USB Type-C PD makes the notebook PC charger move to four MOSFET buck-boost charger topology to allow for wide range input voltage (5-20V). After a suitable controller is selected, the specified Power MOSFETs in buck-boost charger are essential for achieving higher efficiency and high-power density design.
In this application note, we will only discuss the USB power delivery specification for an adapter supplying 5A/100W and expect the reader to understand the basic operation of buck-boost topology. It is critical to select suitable MOSFETs regarding efficiency, thermal, and space limitation, to meet the system-level requirements. 30V MOSFETs can be used for input voltage below 20V.
Based on given wide input voltages, output voltages, and current, the designer must understand the tradeoff among the different loss mechanisms in the MOSFET. These MOSFET losses include: switching loss, conduction loss, and reverse recovery loss. Losses are minimized by selecting the best MOSFETs from its electrical characteristics.

The Ware for October 2022 is shown below. 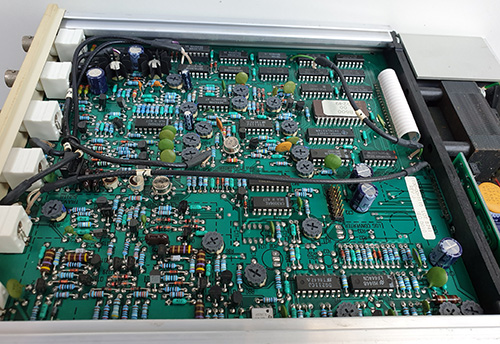 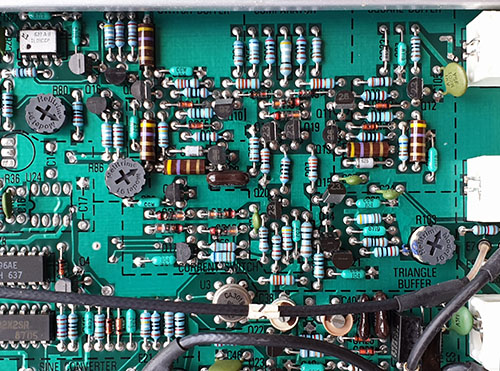 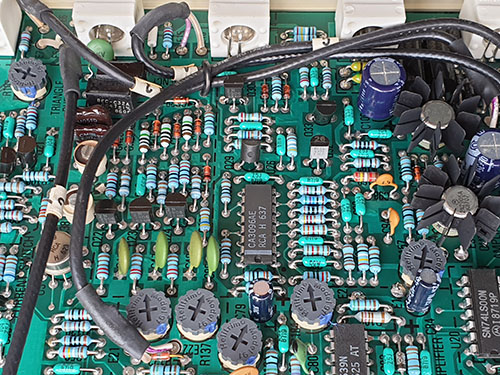 I think there should be ample clues in the first picture to guess the ware, but I included a couple of close-ups of the circuits because I love it when circuit boards document their functions so clearly. You can basically read the schematic directly off the traces. I also enjoy the motif of “here’s a ROM but no microprocessor” (the ROM is the ceramic-packaged 2716 in the top right of the first photo, with the label covering the UV erase window). ROM-based sequencers/FSMs and lookup tables were fairly common for this vintage, but these days most designs use ROMs exclusively to store code that is accessed by a CPU.

The Ware for September 2022 is a Kenwood ProTalk TK-3300 2 watt 450-470 MHz two-way radio, and thanks again to jackw01 for contributing the photos. Gratz to TRM for totally smashing this one, email me for your prize. Unfortunately since the ware is contributed I don’t have the original PCB to take a better photo of the SMA connector. That being said, I do have an additional image of the die-cast metal housing that the board was mounted in:

I think the “shroud” is actually the connector screwed into that metal housing. In order to photograph the PCB separately, it looks like Jack had to desolder the connector and leave the SMA connector in the housing. I agree with Barnaby’s assessment that there was a concern about reinforcing the connector, since the whip antenna is basically an excellent torque arm for forcibly removing such connectors from the PCB.

Welcome to the following 2022-2024 board members! Congrats to Thea Flowers, David Slik, Jinger Zeng, Oluwatobi Oyinlola, and Michael Weinberg. Thank you to all OSHWA members who voted, your vote is important – we had quorum! Here are the results:

A solid-state relay (SSR) is an electronic switching device in semiconductor technology. An SSR has a high efficient GaAlAs infrared emitter on the input which is optically coupled to the high performance MOSFETs at the output.
An SSR is capable of switching AC loads where both output MOSFETs are required as well as DC loads where one MOSFET, or two in parallel, can be used.