Mu is a very simple-to-use Python editor and IDE (integrated development environment) and this week, version 1.0 was released!

Mu is designed to be as user-friendly and as helpful as possible for new Python programmers, presenting just the tools that are useful, such as:

Mu is intended to be not the only Python IDE you’ll ever need, but the first one — the editor that helps you start your coding journey, but not necessarily the one you finish it with. So when you’re ready, you will have the skills and confidence to move on to using a more advanced Python IDE.

You can use Mu in a number of modes; modes make working with Mu easier by only presenting the options most relevant to what you’re using Mu for: 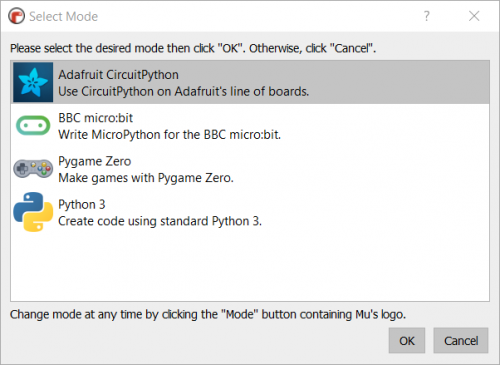 Mu version 1.0 is available now for Windows, macOS, Linux, and the Raspberry Pi’s official operating system Raspbian! And to help new Python programmers get started, we have created a guide to Getting Started with Mu for all these operating systems. 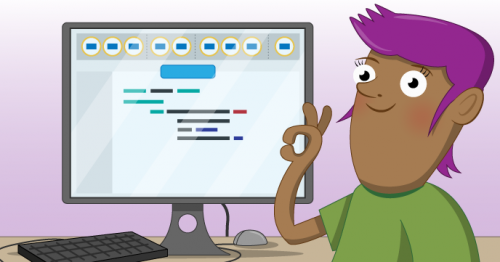 Mu is the brainchild of Nicholas Tollervey, who has worked tirelessly to create Mu. I recently met up with him and some of the Mu team at the world’s first Mu-“moot” to celebrate this release:

One of the inspirations for Mu was the keynote presentation at EuroPython 2015 given by Raspberry Pi’s Carrie Anne Philbin. She talked about the barriers to children getting started with Python, including the lack of an suitably easy-to-use IDE:

Carrie Anne Philbin – Keynote: Designed for Education: A Python Solution [EuroPython 2015] [23 July 2015] [Bilbao, Euskadi, Spain] The problem of introducing children to programming and computer science has seen growing attention in the past few years. Initiatives like Raspberry Pi, Code Club, code.org, (and many more) have been created to help solve this problem.

Raspberry Pi has provided support for the project, helping to take Mu from its first implementation as a micro:bit programming tool to a general-purpose and simple-to-use Python editor and IDE!

You can find installation instructions as well as tutorials on Mu’s website.