Initially, Brad and I wanted to make a PCB that could do some very ambitious things, requiring either a very capable processor, or an FPGA device. We began down this path, but soon realized that we were biting off much more than we could chew for something we had never done before. So, we decided to take a step back, and make a smaller project to verify the foundations of our design. Our final design goals were:
*Be programmable via USB
*Be able to play NROM format games
*Feature nonvolatile storage (no battery required)
*Be as cheap and easy to manufacture as possible 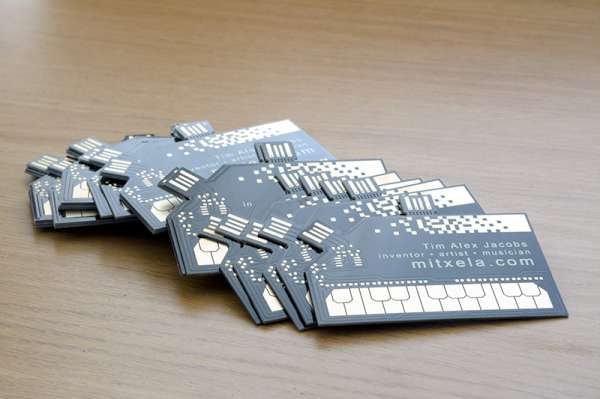 Printed Circuit Boards as a business card are a great gimmick. I’d seen ones with USB ports etched into them, which enumerate as a keyboard and then type a person’s name or load up their website. It’s just about possible to build them cheap enough to hand out as a business card, at least if you’re picky about who you give them to.
A couple of years ago I took a stab at making one for myself, but I didn’t want it to be pointless. I wanted it to do something useful! Or at least entertain someone for longer than a few seconds. I can’t remember quite how I got the idea of making a MIDI-stylophone, but the idea was perfect. 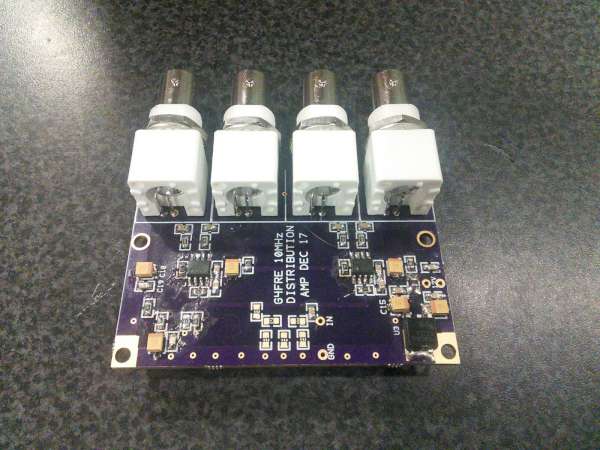 I have had a need for a distribution amplifier for a while now. Searching around I found the design by G4JNT in Radcom, which filled my needs. I redrew the circuit for 4 outputs and had PCBs made. (if you want one contact me!)  I now have the units in my M1DST 10MHz Thunderbolt monitoring project and in my LPRO101 10MHz Rubidium source. 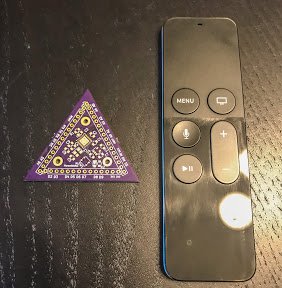 A how-to on designing a DIY Arduino PCB Pryamiduino from Bald Engineer:

Continuing the DIY Arduino tutorial series, this AddOhms episode shows how to create a PCB in KiCad. I make a joke that the original design was a rectangle, which I found boring and pointless. So instead, I designed a triangle to give the board 3 points. Get it? Puns! I am calling it the Pryamiduino. To be honest, I found not having a constraint to be a problem. By forcing a specific board size and shape, many decisions were more manageable. 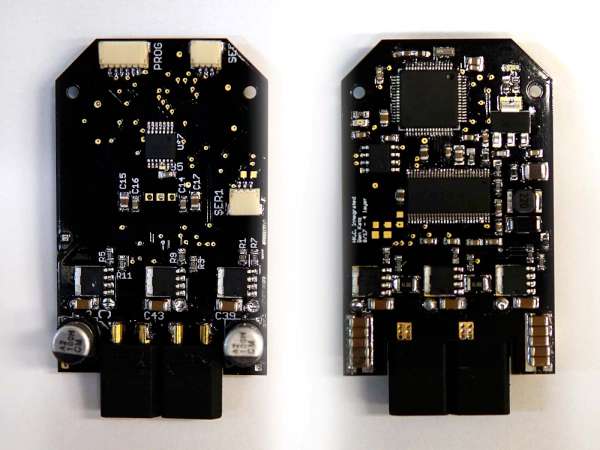 A while ago I added the hall effect encoder IC I’ve been using directly to the motor controller PCB.  The controller sits directly on the back of the motor (with a magnet added to the motor shaft), and the phase wires solder straight in.  I also have a pair of board-mounted XT30 connectors on the DC bus for easy daisy-chaining.  Otherwise, the board is basically identical to the previous version of this controller.  I’ve now built over a dozen of these, and have had no problems.

See the full post on BuildIts in Progress blog.