When you use a “gyroscope” in Arduino and robotics projects, generally this means a small IMU that leverages several methods of sensing to tell how a device is moving. However, physical gyroscopes are able to employ a spinning disk stay upright mechanically. Could one be combined with advanced electronics to stabilize a robot or other craft?

James Bruton answers this question in the video below, going from a “bare” gyroscope, to an unpowered gimbal, and finally to a simulated boat. This utilizes a powered gimbal for stabilization that’s tilted in one axis by a DYNAMIXEL servo. Angle is measured using an Arduino Pro Mini along with an MPU-6050 IMU, and the gyroscope is controlled by an Arduino Mega.

You can check out the progression of this fun experiment in the video below, and find code/CAD info on GitHub.

Prolific project maker and Arduino lover Alain Mauer has made a rather splendid tea maker project with a steampunk twist. Despite Mauer being based in Luxemburg, we’d have to say this feels like a very British Arduino application.

Crumpets or Battenburg, anyone?

Putting the “Tea” in “Steampunk”

The Tea Timer is a classic Arduino project. A simple idea with a simple execution, beautifully presented.

Mauer’s put together a timer that submerges a teabag for a preset period. We all have our preferences for the strength of tea, and everyone knows an entire day can be ruined if the teabag’s left in for too long (right?). So a five-stage timer lets you determine just how strong your tea will be.

Once the timer’s run down, an Arduino Nano fires up the servo, which turns the gears and lifts the bag out so you don’t forget. Adjusted correctly, this also means you can consistently make the perfect cup of brown joy.

And just like the perfect cuppa, presentation is everything. Mauer didn’t need to add the gears, wooden housing or the brass finish. But the steampunk aesthetic really completes the project, and makes it into a work of art as well as an essential kitchen appliance. Now we just need to hook it up to a home automation system.

Mauer has provided all the CAD parts on his GitHub along with the Arduino code, so it’s easy to replicate.

Tea is a subject of great significance to the British. It can cause arguments, hysteria and family feuds that last for generations. All in a very civilized manner, of course. No Brit would be uncouth enough to have cross words in public about the proper way to drink tea. But we do reserve the right to tut and roll our eyes behind closed doors afterwards, should someone get it wrong.

Check out the steampunk Tea Timer and automatic teabag remover on Mauer’s blog. And let’s leave the last word on the vital importance of a cup o’ brown joy to the immortal Professor Elemental.

Flip displays are an interesting piece of technology, physically moving segments into place that stay put until other information is needed. Michael Klements has been especially fascinated by these devices, and after inspiration from another project, he decided to craft his own.

His version utilizes 14 micro servos to flip segments into a visible position, then rotate them to 90° when no longer needed. This “off” mode displays a slimmer profile, and the sides and back are painted black, making them much less visible.

An Arduino Mega, with 15 possible PWM outputs, is used to control the servos, while a hobby RC-style battery eliminator circuit provides power to the motors.

Be sure to check out the build process and in-action shots below!

In the latest Explaining Computers video, Christopher Barnatt explains how to use servo motors with Raspberry Pi. Using servos is a great introduction to the digital making side of computing; servos allow you to control the movement of all manner of project components with your Raspberry Pi and a motor controller attached to its GPIO pins.

Control of SG90 servos in Python on a Raspberry Pi, including an explanation of PWM and how a servo differs from a motor. You can download the code from the video at: https://www.explainingcomputers.com/pi_servos_video.html The five-pack of SG90 servos used in this video was purchased on Amazon.co.uk here: https://www.amazon.co.uk/dp/B07H9VC698/ref=nosim?tag=explainin-21 with a similar product on Amazon.com here: https://amzn.to/2QHshx3 (affiliate links).

Servos and your Raspberry Pi

Christopher picked up his SG90 servo motors online, where you’ll find a variety of servo options. What type of servo you need depends on the project you want to create, so be sure to consider the weight and size of what you plan to move, and the speed at which you need to move it. 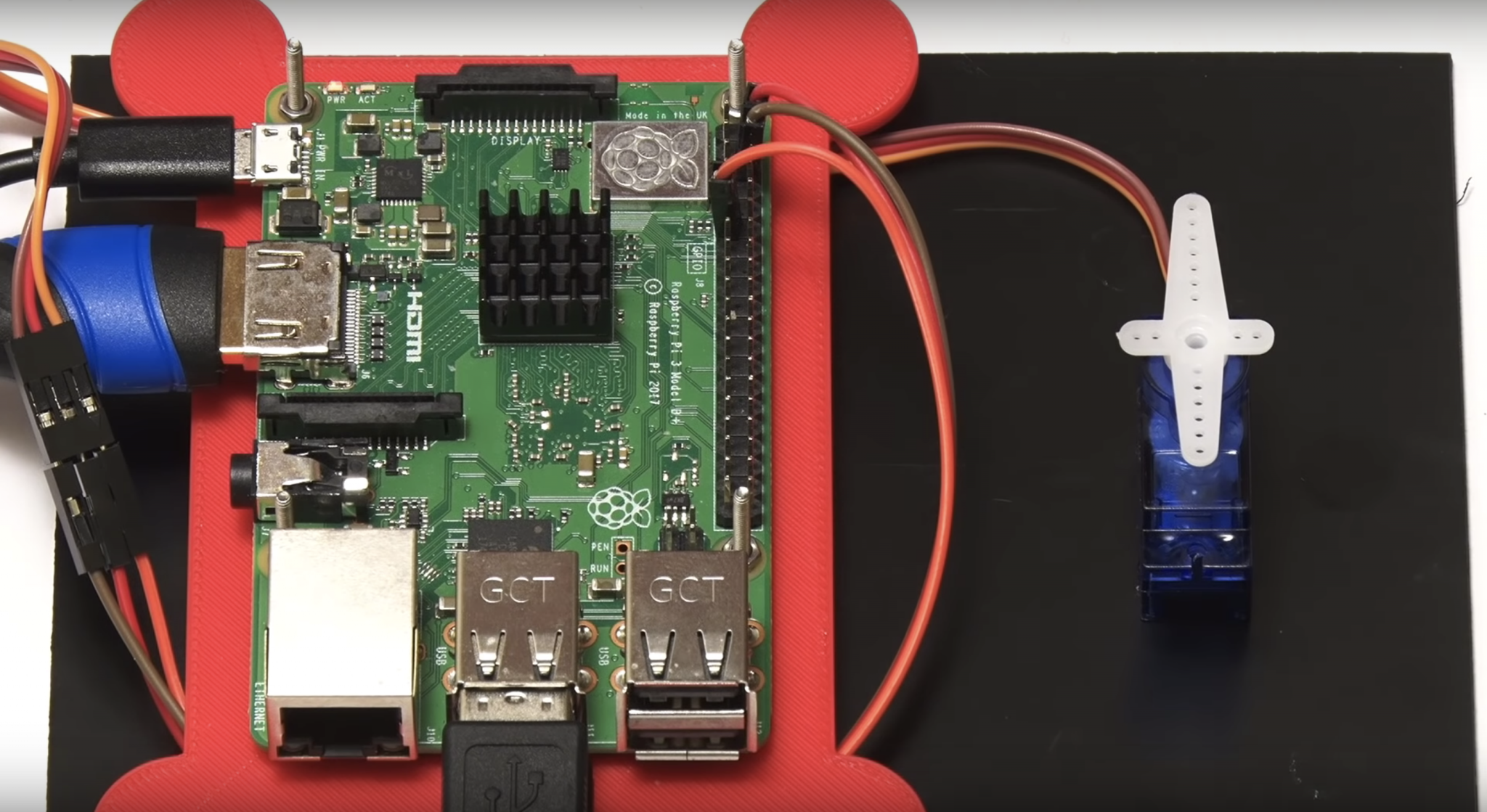 As the motor controller connects via GPIO, you can even use the tiny £5 Raspberry Pi Zero to control your servo, which makes adding movement to your projects an option even when you’re under tight space constraints.

We’re always looking for people to join our incredible community of translators to help us translate our free resources, including the free projects found on our projects page. 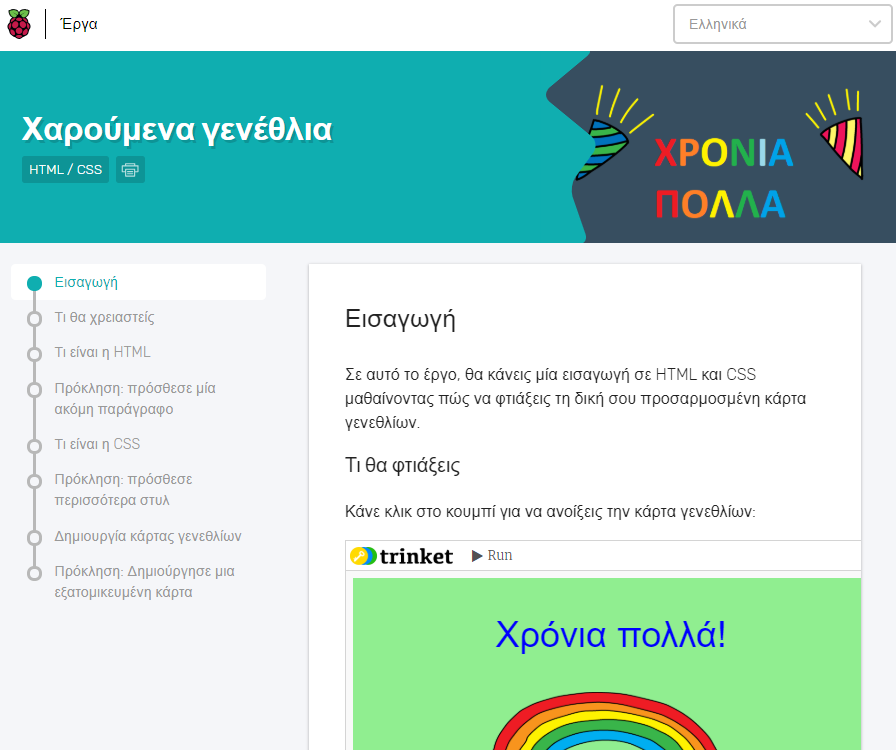 If you speak English and another language and would like to give a portion of your time to making our resources available to more people across the globe, sign up as a translator today.

The post How to control multiple servo motors with Raspberry Pi appeared first on Raspberry Pi.